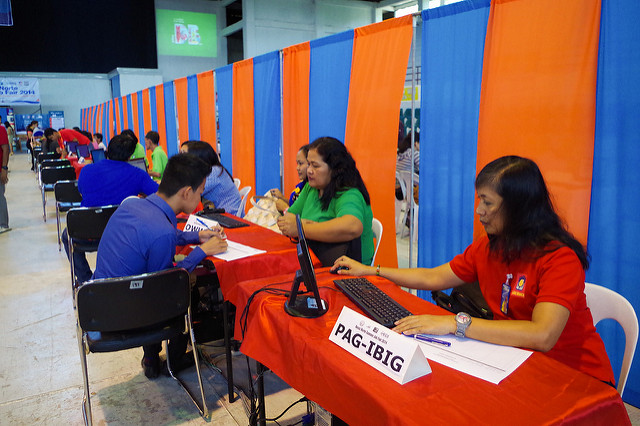 John Gallagher and I were working at a software house that was looking to start hiring graduates. We had 50 developers on staff, but none of us knew how to run a campaign to hiring grads. So we started out doing the same as everyone else.

That approach didn’t get us very far.

First off we attended career fairs. I’m sure you’ve been to these before. It’s two or three folks from a hiring company standing in front of a shiny stand. Bewildered undergraduates wander to the stands, picking up another glossy brochure telling them about why that company will be a significant first step in their career.

We did the same thing. An investment bank nearby was giving away the last year coursebook to students for free if they signed up. After four hours standing around John managed to entice four students to go to a hastily arranged web form to apply. He couldn’t beat the feeling that this wasn’t a right way of doing things.

We started asking the students what problems they are having interviewing with the other companies.

One student offered: “Well, we’ve got coursework due all the time. And these applications take forever to fill in.”
Another quipped: “It takes three to four nights just to customise your CV and write a covering letter. It’s a lot of effort.”

John had read these CVs and covering letters. If you squint a bit, they all look the same. They led their group project. They did the standard courses. They have some hobbies like watching films. It didn’t help filter or allow candidates to stand out.

Now John knew what to do. We would stop using the same spiel as every other company. We’d figure out the minimum that both the potential candidates and we could do.

First to go were the fairs. Instead, John emailed each University in Scotland with a simple proposition:

We don’t want your CV. Just email John back with one sentence about why you want to be a software developer, and we’ll offer you an interview.

We didn’t expect much. A few weeks passed. A few email replies came in. Then a few more, then it got silly. We had as many applicants as we currently had developers on staff. We would have loved to interview all of them but didn’t have space or time. Instead, we put together a ridiculously simple tech problem for them to solve. From that, we had our list of 20 candidates.

But how should you interview undergrads? What are you even looking for?

We knew there was a baseline of programming ability since all the candidates had a tech-related course. We decided to focus on finding folk who worked well with others. At the company, we had started mob programming and were comfortable with the mechanics of how it worked. So out of lack of time and knowing what else to do we decided to split the 20 candidates into teams of four to work on a problem for the day.

To let the candidates know what we were looking for we introduced the day with a simple rule:

Not to make yourself look great. We want you to make others look great.

We then introduced the problem for the day and the other constraint: each team will be working on a single computer, and you’ll need to take turns on the keyboard.

We didn’t want one person to run off, probably like their group project, and create a solution alone. We wanted to see how they interacted together. To help evaluate the candidates, we came up with a list of behaviours we were interested in seeing:

With a few of our staff helping out, we were able to run the day and evaluate who we’d like to bring in.

We had three iterations of using this approach. The first year we had 40 applicants, and those applicants spread the word of this wacky way this company was hiring. By the third year, 121 folks applied. We were particularly happy to see some of the same names apply as well. They had had a lot of fun that day and wanted to apply again.

We also learned how to improve the hiring method. One time we had one of two jerks who disrupted their entire mobs. Next time we were prepared to ask them to leave at lunchtime instead of letting them stay the whole day. It was unfair to the other candidates who didn’t get to do anything but attempt to resolve the conflict.

The lesson here is to keep things simple for you and candidates. And do something unusual and different. You can do better than that stall.